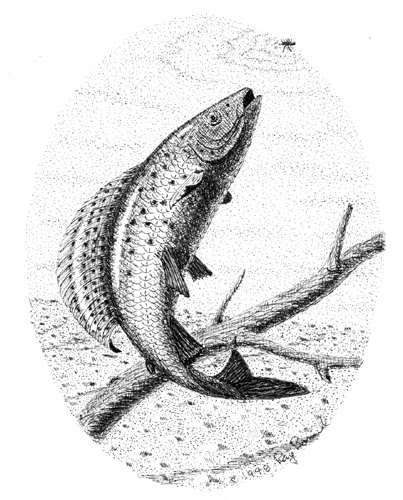 The Arctic grayling (Thymallus arcticus) is a distant cousin of trout and salmon. It tastes great and is fun to catch. With its sail-like dorsal fin and streamlined body, it is one of the most beautiful fishes in Alaska. Grayling occur through the Arctic, from central Russia through Alaska and as far east as the western shores of Hudson’s Bay in Canada. They were once found as far south as Michigan and Montana.