A porcupine, a fox and a lynx met in a bar…

I’m not really a wildlife artist, but here are some wildlife drawings I recently completed for a special project. Some of them are just so-so,
but in general I think they came out alright–especially considering that none of the drawings are over 3 1/2″ x 5″.

Little brown bat–the only bat that is native to Alaska.  A 3 1/2″ x 5″ drawing would actually have the bat about life size. They are tiny, with a wing span of only 8″.

Caribou skull lying on the tundra–a not uncommon sight.

Red fox–they can be found during winter in the woods behind my house.

Lynx. Rarely seen–the few times I have spotted one it was sitting by the edge of a road, sunning itself like a house cat 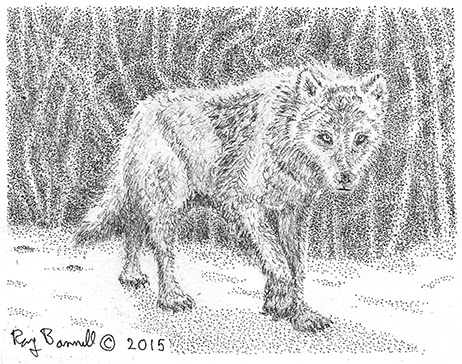 Wolf. Again–rarely seen in civilized areas. Usually glimpsed at a distance. The only time I got close to one was in the middle of winter just outside Beaver Creek in the Yukon. I was in a car and he stared me down from the side of the road.